Welcome to AstroSatva online Astrology Courses.
Our astrology learning courses are beautifully designed for anyone to easily follow.
Empower yourself using True Astrological Knowledge with astrologer Aman Deep Saini.
Why should we believe in astrology?

Astrology works on each and every human being equally whether anyone believes it or not. It’s like “gravity”. Even if anyone believes in gravity or not it continues to equally work on everyone. Moreover, astrological principles when applied on any horoscope, and analysed scientifically, we get accurate results which really help mankind in living a happy life.

What is the birth chart?

A birth chart is a map of heavenly bodies printed on a piece of paper depicting planetary positions in Zodiac. Birth chart primarily indicates general trend and significant life events through planetary placements and upcoming periods.

What does an astrologer require for creating a horoscope?

An astrologer may require only three things to create a horoscope i.e time, date and place of birth.

Why AstroSatva for astrology consultation?

The founder of AstroSatva, Astrologer Aman Deep Saini is a renowned astrologer in Delhi NCR and has a total of 20+ Years of experience. He is a Member of the Systems Institute of Hindu Astrology (SIHA), Gurgaon, India & a Member of the International Institute of Predictive Astrology (IIPA), USA. He provides the most genuine and satisfying astrology solutions to the problems that his clients might be facing.

How much experience does Astrologer Aman Deep Saini have in Astrology?

Astrologer Aman Deep Saini has experience of more than two decades in the field of astrology. He has served many clients by guiding them with horoscope analysis and has students across world who are learning astrology from him.

How to book a consultation with Astrologer Aman Deep Saini?

A consultation can be booked via website astrosatvacourses.com/services page. Required details that one shall share are date, time, and place of birth along with area of concern.

We get back to you as soon as possible. At the max one shall get a response from us within 2 to 4 hours max tentatively on a business day.

Can I meet Astrologer Aman Deep Saini face to face?

Interested people can book an appointment with him to have a face to face interaction.

Can astrology predict the future?

Can you help get rid of Manglik Dosha?

Before we talk about solution of Manglik Dosha, first it’s important to understand briefly about this Dosha. As of now there are several myths about this dosha in society and some people take benefit of this misconception about Manglik Dosha. Not everyone actually go through negative implications that Mars would primarily give to someone who is really affected by Manglik Dosha. Primarily, the identification of Manglik Dosha in a horoscope has the answer to this. If, for example, one goes with general placement principle of Mars in specific houses, then more than 50% of the population might be Manglik for one reason or the other. Hence, one must first learn the proper way of Manglik Dosha identification. And once identified properly, we can surely help in nullifying the ill effects of it.

Can you solve the problems of my married life?

People face marital issues for multiple reasons which are clearly indicated in the natal horoscope. As it goes for any problem, once the proper diagnosis is done, one can surely find solutions for such issues. The same thing is applicable for marital issues also. Once we help you in identifying the root cause of marital issues, we also help you to overcome such issues by suggesting proper remedies.

Can I buy Gemstones from Astrologer Aman Deep Saini?

Primarily Astrologer Aman Deep Saini gives his recommendation about gemstones that are suitable for the native. The proper identification of gemstones is the first step towards successful life and managing planetary strengths. Once this identification is done, we do provide authentic and genuine gemstones to clients.

I am very new to the subject of Astrology. Will I be able to learn it?

Yes. With dedication and sincere efforts, following the required steps, anyone can learn it.

Is this a basic or advanced course?

This course starts from the very basics of astrology and progresses to advanced concepts. By following our fundamental course on Indian (Vedic) Astrology step by step, you will soon start analyzing horoscopes by yourself.

Do I have to undertake any other course after completing this one?

This course is complete in itself. However, anyone who has more interest in the subject, must study further.

What is the language of the course?

This course is available in English and Hindi languages.

If I have any doubts in the duration of this astrology course, how do I clarify them?

All AstroSatva students can clarify their doubts by sending emails. You can also post your queries on the closed Facebook group. Astrologer Aman Deep also conducts regular live doubt clearing sessions. You can always raise your queries in those live sessions too.

Do I get any kind of certificate after completing this course?

I do understand English language, but I want the course in Hindi.

This course is available in English and Hindi languages.

Are these live courses, or recorded video courses?

The fundamentals course in astrology by AstroSatva is an online self-paced course, comprising 48 recorded video lectures.

For how long, will I have access to this course?

All students get limited time access to the course material as mentioned on course page. The course access can be extended if required.

Do I get any downloadable material with the course?

You will get an eBook along with additional downloadable PDF files containing course slides. We provide you everything to make you successful in the field of Astrology.

Is there any time limit for me to complete the course?

As such, there is no defined time limit in which you have to complete the course. Still, it is recommended that the course must be completed within 2 to 3 months’ time frame to have a better understanding of astrology concepts.

I have enrolled into the course and have paid for it. When I click on the link, why does it ask me to enroll? Do I need to enroll again?

After enrolment, you need to login with your registered email ID on the link. Without login, the system does not understand whether you have paid or not.

The course is accessible under Profile -> Dashboard -> Courses

I have completed lecture no. 1, but I do not want to answer the quiz at this time. Can I do that later?

Yes. Any of the lectures can be attended anytime and any of the quiz can be solved anytime. There is no set sequence to do the same. However, it is recommended to follow the chronology of the curriculum for optimum results.

I missed attending the live doubt clearing session. Will I get a recording of the session?

Does this course cover KP astrology?

No. KP astrology is a different system. In our course, all approaches are aligned to the school of Vedic Astrology.

In this course, will you teach me about the remedies too?

Yes. We have a dedicated chapter to cover remedies.

Do I need to buy any additional books along with this course?

Even though it is not necessary, it will be an additional help when you read extra material along with this course.

I am not able to watch the videos properly. The video just keeps on buffering.

Do we have to pay extra for the Certificate of Excellence?

66% off your first purchase today 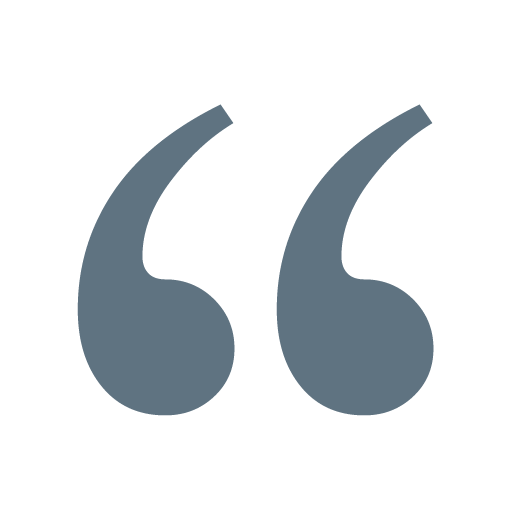 We make absolutely sure that our students get consistent, high-quality content and guidance.

You Buy Only One Course At the time of of purchase